Get ready to go do math for Attack on Titan!

If you’ve been to Comic Con over the last few years, then you’ve experienced the Walking Dead Survival Course. Over in Japan, they have some sort of live event themed after Attack on Titan. Now, it looks like the Attack on Titan Real Escape Game is headed stateside and will be showing up at NYC’s Richmond County Bank Ballpark and at Weingart Stadium in East Los Angeles College.

The event first hit the US a few days ago at AT&T park in San Francisco. It’s considered to be an an immersive, interactive game played in real outdoors settings. The day is comprised of three events, each one around 90 minutes long. They say that you don’t actually have to know anything about Attack on Titan to participate or even win.

Honestly, from this video of the Japan event, it looks like Math Homework + running to me. Not exactly my cup of tea, but it could be a blast for die hard fans. 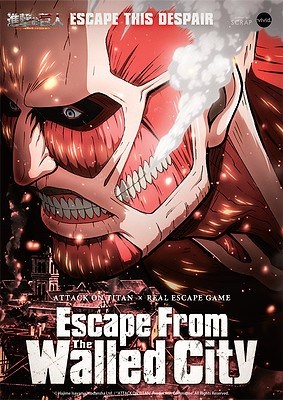