If you’ve never seen the anime, you’ll be surprised to hear that the character actually already bares a striking resemblance to the actor.

Willem Defoe has never shied away from a challenging role. From an FBI Agent in Mississippi Burning, to The Green Goblin in Spider-Man, and whatever the hell that was in that Lars Von Trier film, Antichrist, he’s pretty much done it all. His next big role will take him into one of the most famous modern anime series, Death Note, where he’s just signed on to play the Death God, Ryuk. If you’ve never seen the anime, you’ll be surprised to hear that the character actually already bares a striking resemblance to the actor.

The new film is set for release on Netflix sometime next year and will also feature: Nat Wolff (The Fault in Our Stars) as Light Turner, Margaret Qualley (The Leftovers) as Mia Sutton, Keith Stanfield (Straight Outta Compton) as “L,” Paul Nakauchi (Alpha and Omega) as Watari, and Shea Whigham (Boardwalk Empire) as Light’s father, James Turner. The film will be produced by Roy Lee, Dan Lin, Jason Hoffs, and Masi Oka.

We don’t know how closely the film will follow its source material, but the original story is about a bright student who finds the Death Note (which was written by Ryuk), and uses it to kill the people he decides should die. 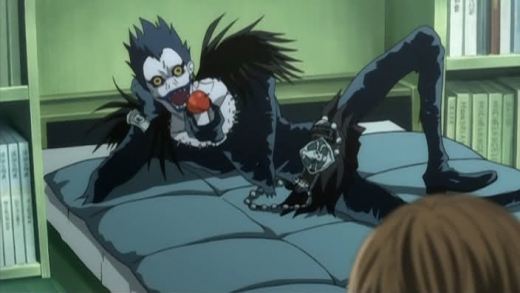