‘Guardians of the Galaxy Vol. 2’ First Trailer and New Poster

Guardians of the Galaxy sort of came out of nowhere. Fans of director James Gunn knew that he would be doing something different than we’ve seen in previous Marvel films, but no one was expecting him to turn out the great film that he did. Just a few minutes ago, we got our first look at the sequel, ‘Guardians of the Galaxy Vol. 2’ and, the trailer at least, does not disappoint.

Along with the main team, we get a couple good looks at both Yondu and Nebula. It also looks like we may or may not have just seen our first look at Ego: The Living Planet.

Along with the trailer, we also got a very 80’s movie poster for the film: 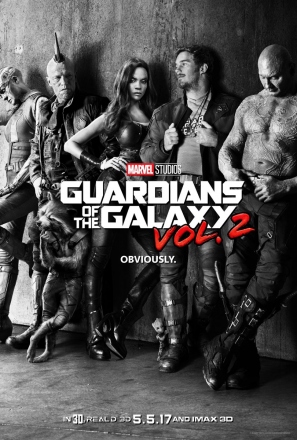