We also know that, in the same way that season 1 was a tribute to Steven Spielberg, season 2 will honor the master of the sequel, James Cameron.

Yesterday, we reported that season 2 of Netflix’s summer hit, Stranger Things, would be coming back for a 9 episode run next year. As part of that report, it was announced that the cast would be getting some additions. Today, THR has some new details on Max, Billy, and Roman. We also know that, in the same way that season 1 was a tribute to Steven Spielberg, season 2 will honor the master of the sequel, James Cameron.

Max is a tough and confident 13-year-old female whose appearance, behavior and pursuits are more typical of boys than of girls in the era. She has a complicated history and has a difficult relationship with her step-brother Billy that’s made her protective of her past and generally suspicious of those around her. She’s also good on a skateboard, which she uses to get around pretty much everywhere.

Max’s step-brother Billy is a super muscular, overconfident 17-year-old. He’s so captivating and edgy that there are rumors flying around that he killed someone at a past school he attended. Billy steals peoples’ girlfriends, is a drinking game pro and drives a black Camaro. But his violent and unpredictable nature shows itself to those closest to him, especially to ones who are younger than he is.

Roman, meanwhile, is described as a male or a female of any ethnicity between the ages of 30 and 38. After growing up homeless with a drug-addicted mother, he or she suffered a great loss at an early age and has been seeking revenge ever since. Roman is ultimately an outsider who doesn’t understand how to connect with people. 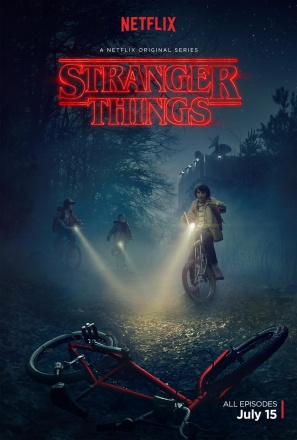