Check out some images and the first teaser for one of the most controversial films of the year.

Kathryn Bigelow cut her teeth on The Hurt Locker, now she’s back with the tale of the Navy SEAL operation that resulted in the death of Osama Bin Laden. The new film stars Chris Pratt, Jessica Chastain, Mark Strong, Scott Adkins, Joel Edgerton and Kyle Chandler and is set for a December 19th release.

The film has not been without its controversy. There have been several accusations that the White House leaked classified intel to the filmmaker to help them along with the film. It was also initially set for an earlier release, but was pushed back because some parties were concerned that the film might be considered promotional material for President Obama if it came out before the election. 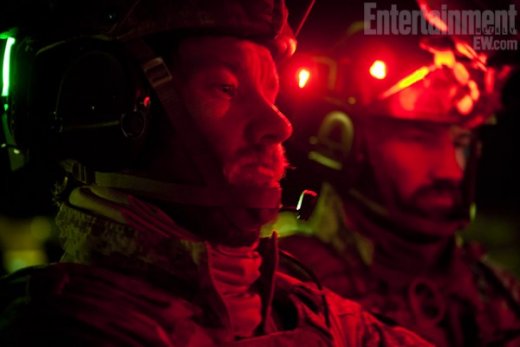