We are now three titles deep into the Netflix/ Marvels Defenderverse, and the general consensus is that the fans want more and they want it now. Today, just days after the launch of their latest series, Luke Cage, Netflix has pushed out a teaser that reveals a premier date for Iron Fist: March 17, 2017. Along with the teaser, we also get our first official image from the show, which features Finn Jones stars Danny Rand/ Iron Fist, about to seriously mess up a bad guy’s day. 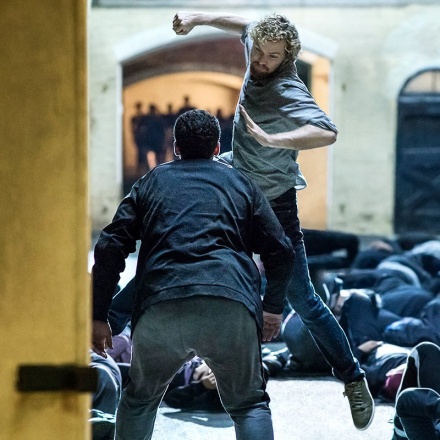 Fifteen years after being presumed dead in a plane crash, Danny Rand (Finn Jones) mysteriously returns to New York City determined to reclaim his birthright and family company. However, when a long-destined enemy rises in New York, this living weapon is forced to choose between his family’s legacy and his duties as the Iron Fist.