It is quite possible that JJ Abrams likes screwing with his audiences almost as much as he enjoys making movies.

It is quite possible that JJ Abrams likes screwing with his audiences almost as much as he enjoys making movies. Today, his production company, Bad Robot, released a one minute teaser video called “Stanger.”

The cryptic black and white video tells a tale of a man who does not know who he is or what he is capable of, but he will know soon. His hands look like they were bound with leather, and he looks like he has awoken after washing up on the tide. The video closes on a tight shot of a man with his mouth sewn shut and then the phrase: “Soon he will know.”

With Abrams behind the wheel, it is anyone’s guess as to what the hell this new project is. However, there is a lot of speculation that it might have to do with the Stephen King story that he optioned, 11/22/63, about a man who travels back in time to try and prevent JFK’s assassination. 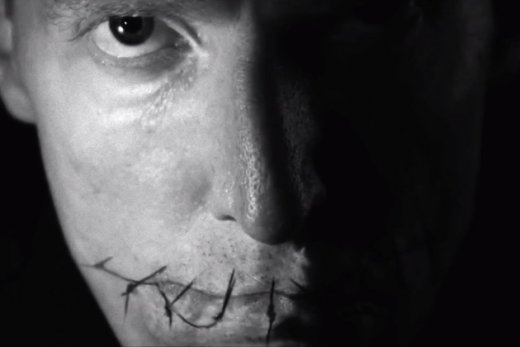