Joss Whedon On Robert Downey Jr.’s Marvel Film Future And The Status Of Thanos for THE AVENGERS 2

“Well, Thanos is more powerful. He is so powerful, he is not someone you can just trot out and punch him.”

With Iron Man 3 about to hit theaters, there’s a lot of talk about Marvel’s Phase 2. Two of the big questions that are currently on the table are: how much longer will we get to have Robert Downey jr as Tony Stark/ Iron Man and how big a role will Thanos play in The Avengers 2?

When asked recently about Downey jr’s status, this is what Whedon had to say:
“I am not the guy who has to worry about him being replaced. He is Iron Man at this point. When I heard that he was cast I knew that something had just changed, and I usually don’t know stuff like that.”

On Thanos and his role in Avengers 2:
“Well, Thanos is more powerful. He is so powerful, he is not someone you can just trot out and punch him. Like he did in the comics, you want him to be threading through the universe and to save the big finale for the big finale. He is definitely a part of what I’ve got going on. The thing about the Avengers is that they are very powerful, but they’re not very stable. So, there will definitely be some people that will shake them up in the next installment.” 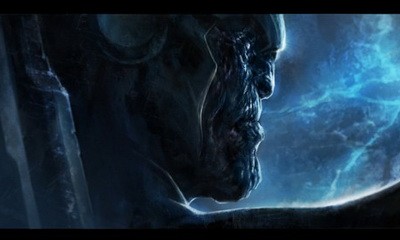