It is a pretty bad sign when footage of an upcoming film was leaked online two months ago and only 43 people have viewed it.

Alex Zamm, the director of the upcoming CGI/ Live action Hong Kong Phooey film has released some test footage from the film on his personal Vimeo page. He has it protected, so we can’t embed it on our site.

Zamm has made a name for himself on movies like Beverly Hills Chihuahua 2. So, we know he already has experience with these hybrid films. Joining him for the adventure is the voice of Eddie Murphy.

What I don’t understand is why this movie is getting made. OK, I get it. It’s to sell toys and use a brand that is pretty much sitting on the shelf, collecting dust.

To me, this footage is awful. Sure, the CGI is fine. It’s at least on par with Marmaduke or the Smurf films, but it is not funny. It is the opposite of funny or clever. Still, the studio sees a chance to make a buck and so we will see another great classic cartoon go down the drain like Underdog did. The only hybrid film like this that I have any real hope for is the upcoming Mr Peabody film. 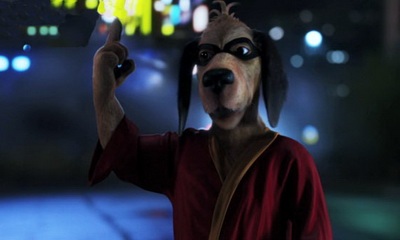