Pacific Rim pushed out a new image from the film today that features two of the movie’s stars: Idris Elba and Rinko Kikuchi.

Pacific Rim pushed out a new image from the film today that features two of the movie’s stars: Idris Elba and Rinko Kikuchi. If you haven’t heard of Pacific Rim, it is the upcoming film from Guillermo Del Toro about inter-dimensional monsters who rise out of the oceans and the giant, man-powered robots who come together to fight them. 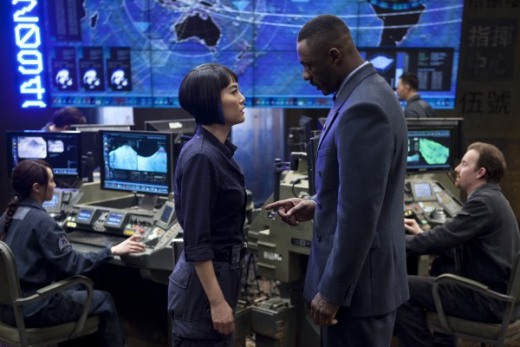