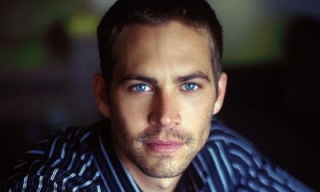 According to the statement put out by Walker’s team and also posted on Facebook, the actor was “attending a charity event for his organization Reach Out Worldwide. He was a passenger in a friend’s car.

“We appreciate your patience as we too are stunned and saddened beyond belief by this news,” the statement continued. “Thank you for keeping his family and friends in your prayers during this very difficult time. We will do our best to keep you apprised on where to send condolences.”

The identity of the second victim, a male, has not been released.

According to witnesses, the red Porsche carrying Walker and his friend lost control and slammed into a tree and then a light pole. Walker had been participating in a local toy drive and car meet, per the Signal.

The Los Angeles Sheriff’s Department and county coroner confirmed that two people were pronounced dead at the scene of a crash in Santa Clarita, north of Los Angeles, around 3:30 p.m. PT.

“When they arrived, deputies found the vehicle engulfed in flames. The Los Angeles County Fire Department responded, extinguished the fire and subsequently located two victims inside the vehicle,” Sheriff’s Deputy Kim Manatt said in a statement. “The victims were pronounced dead at the scene. The cause of the collision is under investigation.”

Walker starred in all but the third installment of the “Fast & Furious” movies, including the seventh chapter which is still in production and scheduled for release in the summer of 2015.

Earlier, Universal Studios released a brief statement: “All of us at Universal are heartbroken. Paul was truly one of the most beloved and respected members of our studio family for 14 years, and this loss is devastating to us, to everyone involved with the ‘Fast and Furious’ films, and to countless fans. We send our deepest and most sincere condolences to Paul’s family.”

Walker is survived by his wife, Rebecca, and teenage daughter, Meadow.