The Overlords appeared suddenly over every city–intellectually, technologically, and militarily superior to humankind. Benevolent, they made few demands: unify earth, eliminate poverty, and end war.

I have not been this excited about something on Syfy for a very long time. Childhood’s End is one of my favorite books and I’ve wanted to see it get a treatment on the big or little screen for as long as I could remember.

Syfy made the announcement today that they’d be making a couple four hour miniseries based off of Larry Niven’s Ringworld, and Arthur C. Clarke’s Childhood’s End. The new shows will join other projects that include Philip K. Dick’s The Man In The High Castle, Stephen King’s Eyes Of The Dragon, and Darkfall.

CHILDHOOD’S END and 3001: FINAL ODYSSEY
The Overlords appeared suddenly over every city–intellectually, technologically, and militarily superior to humankind. Benevolent, they made few demands: unify earth, eliminate poverty, and end war. With little rebellion, humankind agreed, and a golden age began.

But at what cost? With the advent of peace, man ceases to strive for creative greatness, and a malaise settles over the human race. To those who resist, it becomes evident that the Overlords have an agenda of their own. As civilization approaches the crossroads, will the Overlords spell the end for humankind . . . or the beginning? 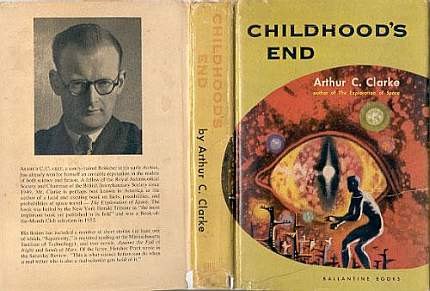