This was shot in London just days before Fisher suffered a heart attack on her return trip to the US.

For a lot of fans, the loss of Carrie Fisher is still an open wound that is going to need a lot of time to heal. We know that we’ll see her on screen one last time when Star Wars: The Last Jedi hits the big screen in December, but that was filmed several months before she passed away. When Fisher suffered her heart attack on a return flight from London, she had just finished filming her scenes for a recurring role on the British dark comedy, Catastrophe. 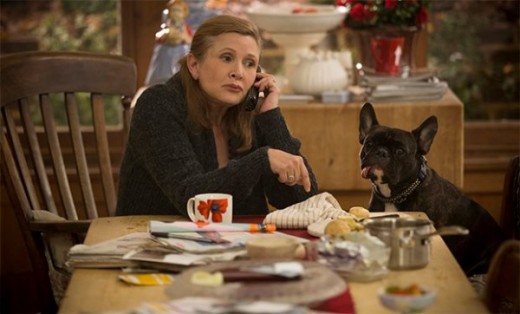 the show tells the tale of a man and woman who get pregnant after a one night stand and then decide to get married. It’s a silly premise, but the show is surprisingly well acted, smartly written, and surprisingly emotional. Fisher has appeared in several episodes over the course of the shows three seasons (that’s only a total of 18 episodes), plays the mother of the male main character, Rob. The scene that was filmed for this episode was completely improvised and very much something you’d expect to experience if you were spending time with Carrie Fisher herself.