Bugs Bunny is cool, but when I was young, only two rabbits mattered: Usagi Yojimbo and Bucky O’Hare!

Bugs Bunny is cool, but when I was young, only two rabbits mattered: Usagi Yojimbo and Bucky O’Hare! It looks like Boss Fight Studios is bringing at least one of those bunnies back into a plastic reality.

An unpainted prototype of a new, 4″ Bucky O’Hare figure was spotted at the gallery of the Adams’ Continuity Studios in New York City. Oddly enough, it seems to have been on display as part of the new Neal Adams Superman vs Muhammad Ali release show. We don’t have details beyond the images, but the sculpt looks great and it already looks like it’s got better articulation than the vintage figure from Hasbro.

Thanks to 13th Dimension for snapping the pics. 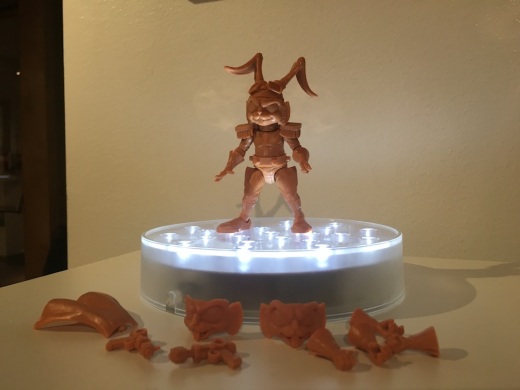 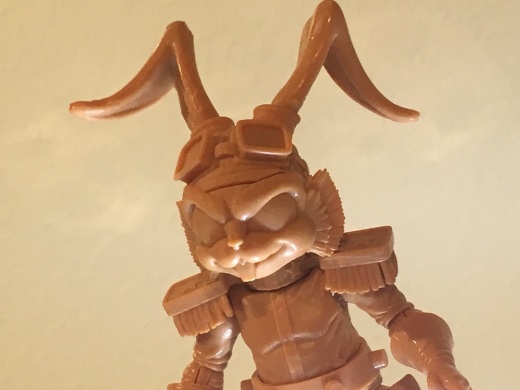