This Deluxe Version will exclusively include a diorama figure base with a Stormtrooper helmet and a special package design inspired by traditional Asian art!

“I fear nothing. All is as the Force wills it.”

Fans around the world are all anticipating the new adventure in a galaxy far, far away….as Rogue One: A Star Wars Story is getting closer to release! One of the most exciting new characters introduced in this epic film is Chirrut Îmwe, a blind warrior monk from Jedha. Chirrut believes all living things are connected through the Force, and his profound spirituality makes him a formidable warrior crucial to the Rebels’ desperate attempt to steal the plans of the Empire’s devastating super-weapon – the Death Star.

After announcing a string of Imperial characters from the movie, Hot Toys is pleased to put the Rebels in the spotlight. Today we are thrilled to present the 1/6th scale collectible figure of Chirrut Îmwe! Specially crafted based on the character’s appearance in the movie, the extremely life-like collectible figure features a newly developed head sculpt, a meticulously tailored costume, detailed weapons and accessories including a staff and a crossbow, and a specially designed figure stand with movie logo.

Furthermore, in celebration of the famed Hong Kong actor and martial artist Donnie Yen starring as the spiritual warrior Chirrut, Hot Toys is excited to present a special Deluxe version of the 1/6th scale Chirrut Îmwe only available in selected markets. This Deluxe Version will exclusively include a diorama figure base with a Stormtrooper helmet and a special package design inspired by traditional Asian art! 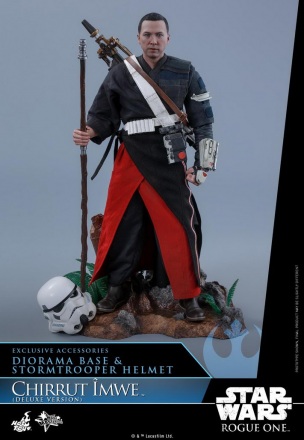 Weapons:
– One (1) staff with mechanical parts
– One (1) articulated crossbow that can be slung over the shoulder 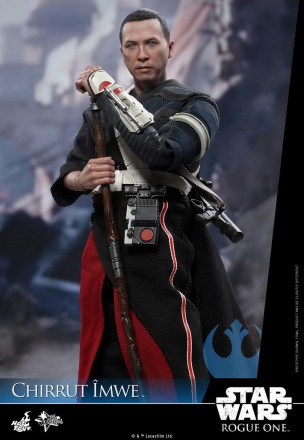 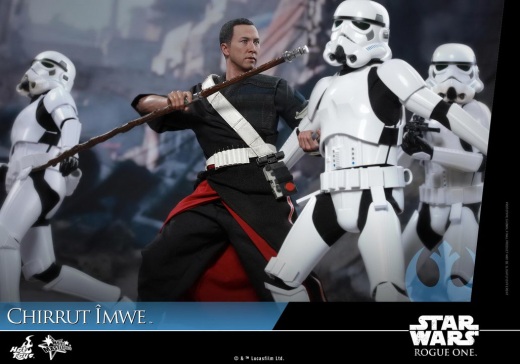 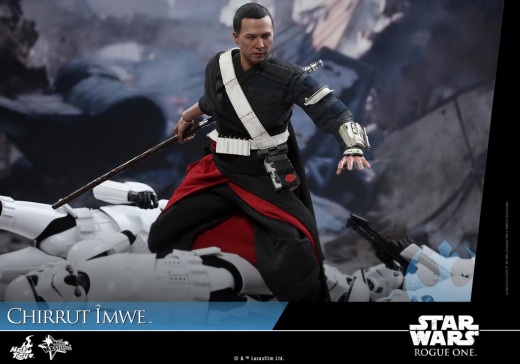 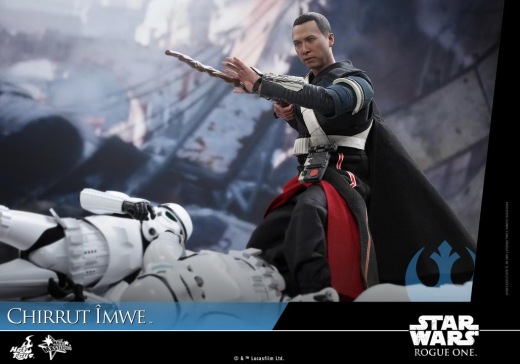 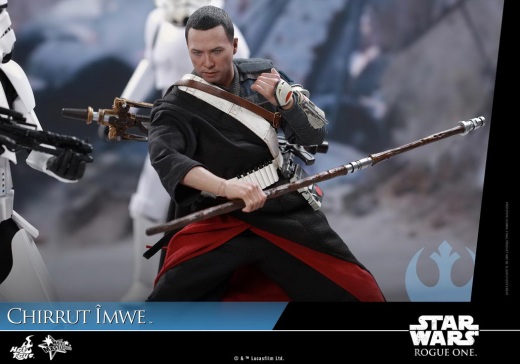 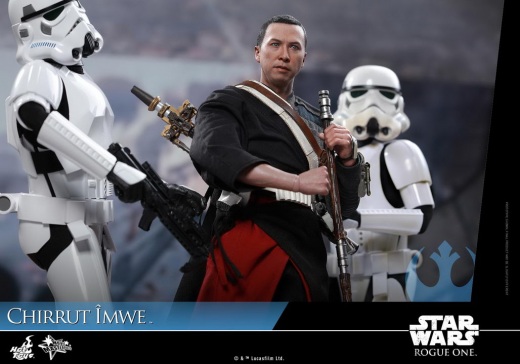 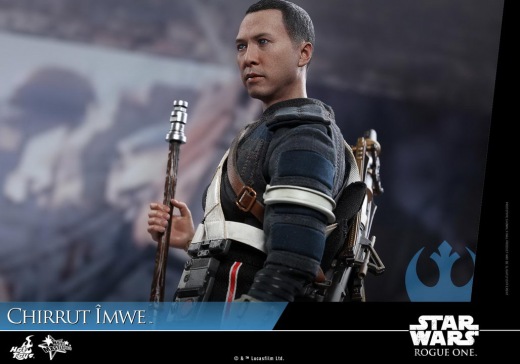 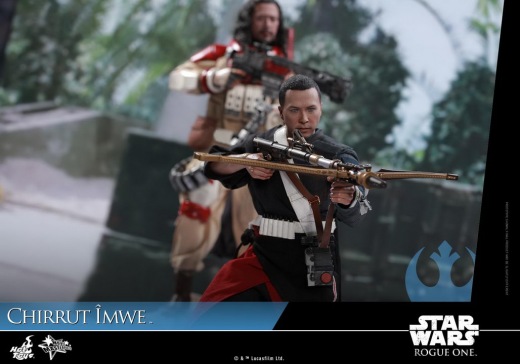 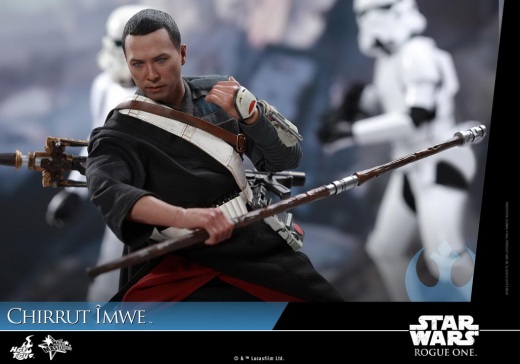 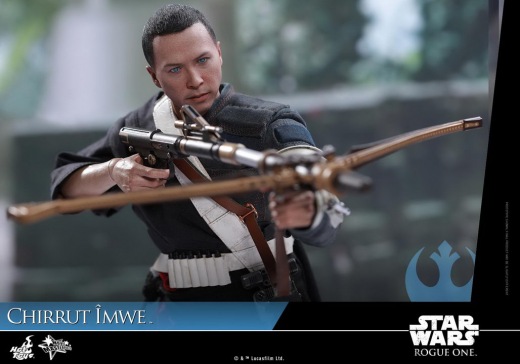 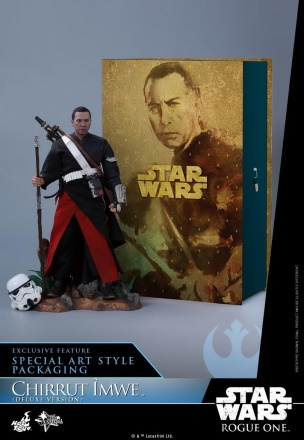 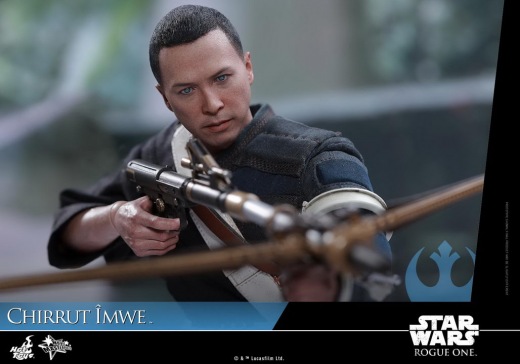 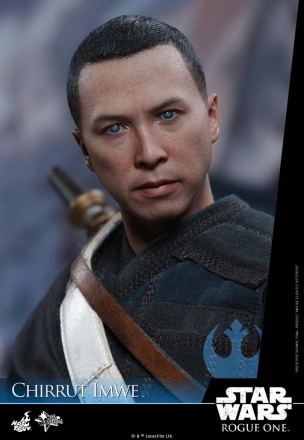 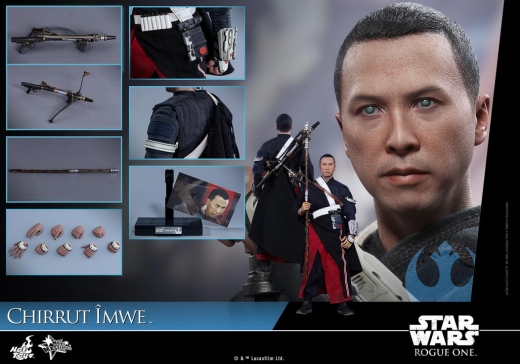 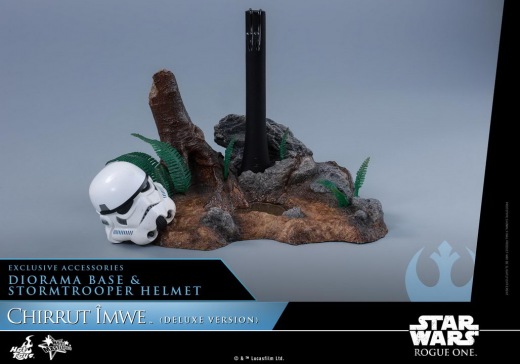 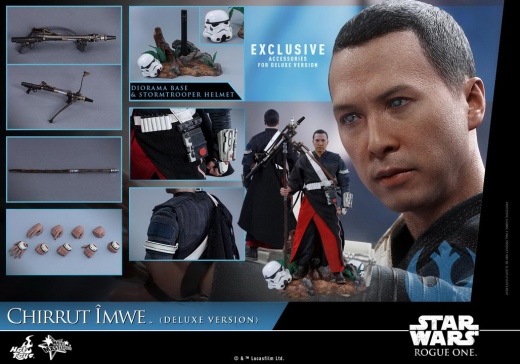 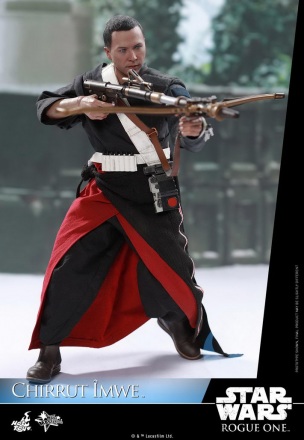 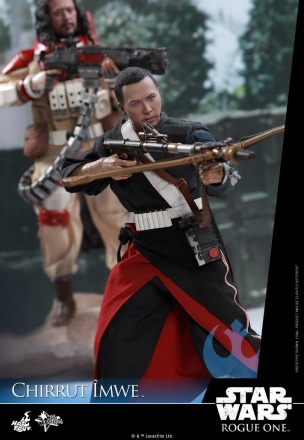 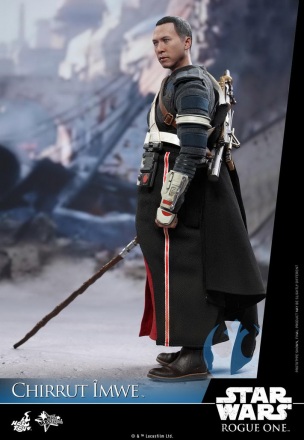 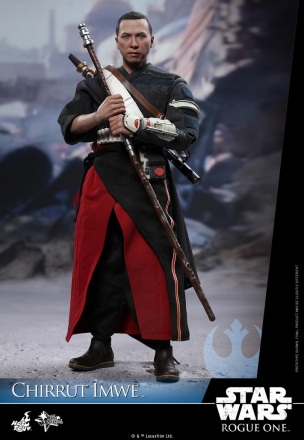 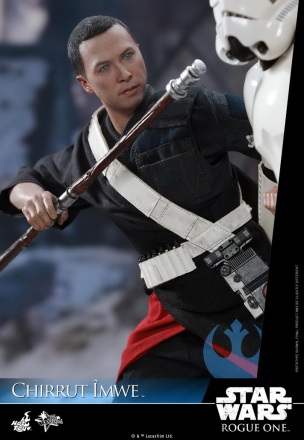