Actress Lea Michele has an Uh’Glee’ encounter with photographer

Is she sorry or trying to prevent the horrible snaps of an photographer with an axe to grind?

According to eonline, Glee actress Lea Michele apologized via twitter to famed photographer Patrick McMullan after reportedly being snarky after he asked who she was.

The apology quickly surfaced in response to an E Online article exposing her inner diva. The conversation between the two could have been misreported as altercation vs. friendly joking, but then why the need to apologize publicly and so long after this article? Is she really sorry or is she just trying to prevent the horrible snaps that comes from an photographer with an axe to grind? 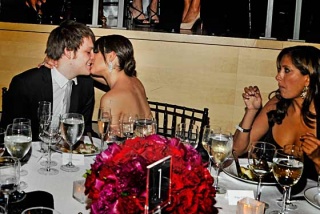 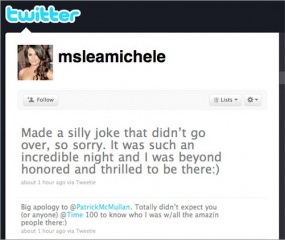