“I never gave it another thought, and then girlfriends of mine starting calling me… “ 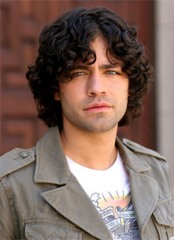 Adrian Grenier must want to fall off the face of the earth after his ‘Entourage’ co-star Kevin Connolly revealed that the actor stuffed his pants for a recent photoshoot.

Recounting a photoshoot they did for People Magazine’s ‘Hottest Bachelor Issue’ on the ‘Tonight Show,’ Connolly told host Conan O’Brien “Adrian put a sock in his pants.”

“I was like, ‘what are you doing?’ and he said, ‘this is what they did in the 70s.’ The photographer was actually like, ‘Adrian, we’ve got to lose one of the socks.'”

Connolly admitted that he decided to keep his mouth shut about friend Adrian’s enhanced bulge — until the ladies started to take notice.

“I never gave it another thought, and then girlfriends of mine starting calling me… but I didn’t want to throw him under the bus.”

The sixth season of ‘Entourage’ returns to HBO this Sunday night at 10:30 PM ET. The episode, titled ‘Drive’, will focus on Vince’s career as it’s on the verge of being relaunched after he scores a role in Martin Scorsese’s ‘Gatsby’.