Hopefully his prison coach has prepared him on how to avoid all those embarrassing prison assaults and rapes.

Yes, that’s right, the former NFL athlete has begun his jail sentence for accidentally shooting himself in the leg at a Manhattan nightclub a year ago. According to Correction Department spokeswoman Linda Foglia, Plax’s life behind bars will be nothing but high rolling:

“He will be separated from the inmate population at all times and confined to a single cell,” Foglia said. He’ll only get out for three hours of recreation per day, plus his required meetings with counselors and medical and mental health staffers. He’s allowed three showers a week and one visit per weekend, Foglia said. At 11 p.m., it’s lights out.”

Plax, 32, will be in jail until June 6, 2011, that is if he behaves himself and gets along with the other inmates. Hopefully the prison coach he hired back in July has prepared him for the jail time woes he will endure so he can avoid all those embarrassing prison assaults and rapes and cope with the “daily grind.” 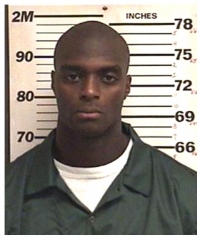