Legendary animator Yoshinori Kanada passed away this morning after suffering a sudden heart attack. He was 57 years old.

We’ve learned that animator Yoshinori Kanada passed away this morning after suffering a sudden heart attack. He was 57 years old.

Kanada worked as a Key Animator on several Studio Ghibli’s biggest titles: “Kiki’s Delivery Service,” “My Neighbour Totoro,” “Porco Rosso,” “Nausicaä of the Valley of the Wind” and “Princess Mononoke.”

Although “The Spirits Within” was technically a commercial failure, it was the first photorealistic 3D animated feature film and paved the way for future CGI films. Critic Roger Ebert called the film a “technical milestone.”

Kanada always found new ways to thrill audiences and for that, making him one of the most influential animators of his generation. We at YBMW are all deeply sadden by this sudden and tragic loss. 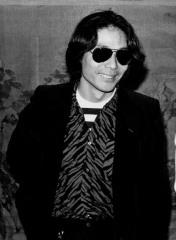