‘Mad Men’s’ Crista Flanagan To Strip For Playboy… Disappoints Everyone

“Mad Men” star Crista Flanagan will bare it all for Playboy in the August issue of the premiere men’s magazine.

“Mad Men” star Crista Flanagan will bare it all for Playboy in the August issue of the premiere men’s magazine.

Flanagan who plays secretary Lois Sadler on AMC’s hit show, says, “Part of the reason (I decided to pose) was because it scared me, and I thought it was exciting that something still scared me. I was really nervous about it, and then I thought the only thing that would be embarrassing would be if I hated my body.”

Ah huh… I’m pretty sure her D-list star power and the wad of cash Hugh Hefner threw at her had nothing to do with it. But does anyone even want to see her naked?

I guess that depends. Is her name Christina Hendricks?

Ya, I thought so… 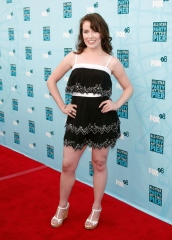