Move Over Hermione, Ron Weasley’s Got A New Girl

Rupert Grint, or Ron Weasley as you might better know him, has been living in the shadow of his Potter pal Daniel Raddcliffe for quite some time now…

Rupert Grint, or Ron Weasley as you might better know him, has been living in the shadow of his Potter pal Daniel Raddcliffe for quite some time now. Not only does he play second banana to Harry in the movies, but offcrean he’s even been eclipsed by Daniel’s Banana when he took on a part in the controversial play, Equus.

Well, it looks like things are looking up for Rupert. Not only does he have a gritty new movie on the way, Cherrybomb, that may keep him from a life of typecasting, but he seems to have also landed the role of boyfriend to the film’s leading lady, Kimberly Nixon.

Word is, the two were seen snogging in a London bar on New Year’s day and The 20-year-old is said to have taken to spending romantic nights together at the actress’ s north London home.

The pair had to strip for love scenes in Cherrybomb, which is set for release in February, and apparently their passion has extended off-screen too.

But the 20-year-old has played down reports of a romance with the 23-year-old Cranford star, insisting he often crashed at her place while they were making Cherrybomb.

He said this was because her home was much closer to the set. 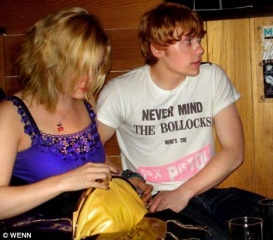 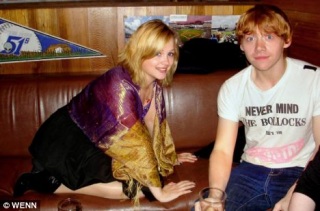