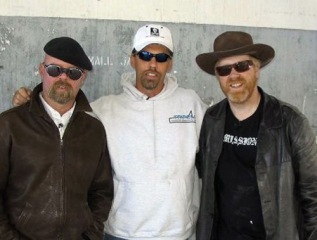 Gates, 47, died Dec. 20 in Newbury Park, Calif., after falling through a skylight at the headquarters of Xirrus Inc. He owned an electrical company and was doing contract work at the building, according to the Ventura County Star.

Gates suffered blunt force chest injuries and died on Sunday. In an even sadder twist, Gates’ brother Dirk Gates is president and CEO of Xirrus, Inc.- the company that owns the site where his brother was killed. Xirrus’ CFO commented on the tragedy to the Ventura County Star:

“He was a good guy,” Steve DeGennaro, Xirrus Inc.’s co-founder and chief financial officer, said Monday. “He survived cancer, he jumps with parachutes, he base jumps. He’s an active guy who was used to taking precautions. This was a freak accident that shouldn’t have happened.”

Gates appeared in four episodes of “Mythbusters,” including shows where hosts Adam Savage and Jamie Hyneman tested myths about an astronaut from China’s Ming Dynasty and a Confederate missile supposedly used during the Civil War.

The show dedicated its Monday episode to Gates and offered this statement via its Twitter feed: “Team MB wishes to express our deepest sympathies on the passing of our beloved rocket expert, Erik. You were an honorary MythBuster and will be sorely missed.”