The ‘Batman’ Who Stalked Actress Kathryn Erbe Now In Jail 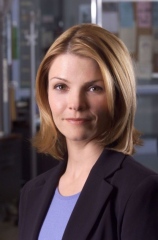 Charles Nagle, aka Chaz Rose, is Batman’s number one fan. In fact he’s such a Batman fan that “He thinks he’s Batman,” according to his neighbor Chatherine DeMasi. He has named both his daughters after characters from the comic book series: HarleyQuinn, 12 and Bat Girl, 11.

Nagle often dresses up as Batman and has even met Adam West, who played the caped crusader in the 1960s TV series, five times, he once told the Northeast Times in 2005.

Phone pals and toy dealers called the 36-year-old husband and father a “Batman historian,” according to the article.

Charles Nagle, the “Batman” however, won’t be fighting any crime. Because Batman’s now in jail.

Nagle is being held at the Curran-Fromhold Correctional Facility pending an extradition hearing next Wednesday before Common Pleas Judge Joan A. Brown.

Nagle let loose his love in letters and e-mails to Erbe, 44, at her Brooklyn home and even visited the “Criminal Intent” set in New York and California, The New York Post reported yesterday.

His obsession was evident on his MySpace page, which showed his devotion to Erbe’s show. (The page has since been taken down.)

Erbe, a mother of two who has been divorced since 2006, had kept abreast of the creepy correspondence and alerted NBC, the show’s producers and private security to monitor “Chaz Rose,” the Post said.

“He sent her letters of adulation for years about how much he loved her . . . he was totally obsessed,” a source told the Post.

“It was a case of unrequited love.”