Will you survive the zombie outbreak in Fortune City? Find out by entering the “Dead Rising 2” Giveaway! 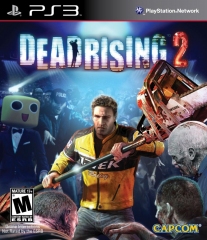 Will you survive the zombie outbreak in Fortune City? Find out by entering the “Dead Rising 2” Giveaway! YBMW has teamed up with CAPCOM to give one lucky reader the chance to win his/her very own copy of “Dead Rising 2” for the Sony Playstation 3. Developed by Blue Castle Games, the sequel to the Frank West zombie apocalypse sim will hit retails this September 28th. It will be available for Xbox 360, Playstation 3 and the PC.

Be sure to check out TapeItOrDie.com to create your own weapons and submit them for a chance to get your creation featured in the next Dead Rising game!

“Dead Rising 2” features several new elements:
– Thousands of Zombies On Screen: The undead are everywhere creating a dynamic and challenging zombie-killing experience for the player as weapons will be created to kill massive amounts of zombies at one time!

– Player Co-Op: Co-op play is introduced to the Dead Rising universe for the first time as players can invite their friends to partner up with them at any time to take on the zombie massacre- tag-team style! Play with a friend and have even more fun as you lure zombies in using strategic items like a toy helicopter or a firecracker. Once the zombies have gathered, your friend can rain bullets from above or shoot at a strategically-placed gas tank to create a deadly explosion that will take out masses of the
enemy. Killing zombies with a friend is always more fun!

– Terror is Reality: Allows 4 players to compete in a gladiator type show that pits zombies against a group of players in the ultimate Vs. multiplayer blood bath

– Combo Weapons: Players can combine two everyday items using duct tape to create the ultimate zombie killing creations such as the Portamower and Paddlesaw. Unlocking combo cards along the way will give players the advantage as the helpful cards will show you what items are best for combining. The more zombies you destroy using your creative combo’s, the more Prestige Points you can earn which levels up Chuck along the way.

And don’t forget, if you are looking for tons of great zombie news, check out our good friends over at
http://www.Zombiesandtoys.com

No purchase is necessary. The winner will be selected randomly from all valid and correct entries. The CAPCOM “Dead Rising 2” giveaway ends September 29, 2010.

Question: Frank West, the star of “Dead Rising” has appeared as a playable character in what other CAPCOM video game?

THIS CONTEST HAS ENDED

Here’s the official game synopsis:
Several years have passed since the Wilamette incident, and Dead Rising 2 shifts the action from the everyday world of mid-West America to the glitz and glamour of Fortune City, America’s latest and greatest entertainment playground. People flock to Fortune City from around the globe to escape from reality and the chance to win big and for some, this means competing in Terror is Reality.

Like millions of Americans, former national motocross champion Chuck Greene is gripped by the TV sensation that is Terror is Reality. Hosted by the flamboyant Tyrone King, Terror is Reality pits ordinary members of the public against an arena full of zombies with a simple challenge – kill more zombies than your opponents and stay alive with the winner collecting big money and the chance to come back and secure even greater prizes. So, what is it that has forced Chuck to come to Fortune City and risk his life in the modern day gladiatorial contest, is he trying to recapture the fame of his motocross days, does he have a reason to hate zombies, or is it simply the lure of big money?