‘Out Of Print: A Documentary About The New Beverly Cinema’

check out the info on this awesome new Documentary that needs your help! 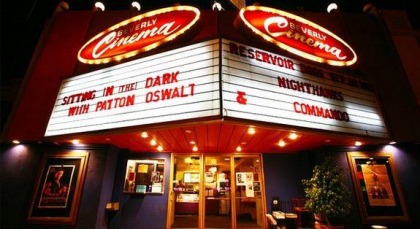 Julia Marchese has been employee at the New Beverly Cinema for quite some time and she wants us to experience her love for the theater in the next best thing to going there, a documentary about this important revival house cinema. I beg all our YBMW readers to watch Julia’s Kickstarter video and please donate to what could be a truly great documentary with your help.

Seriously if that doesn’t give you a cinephile chubby then you can suck donkey farts. Please check out this killer project on Kickstarter and help make this killer documentary a reality.

I’ve only been in Los Angeles for around four years and The New Beverly Cinema was the first place I went to see a movie out here, it was a killer double bill of ‘Night of the Creeps’ and ‘Monster Squad’. If you haven’t seen ‘Monster Squad’ in the theater you should it plays so well on the big screen. Since then I’ve been back many times for many screenings and even got to meet Steven DeSouza, writer of ‘Die Hard’ and ‘Commando’, who came with his family to see ‘Commando’ on the big screen because he hadn’t since it’s release. Random awesome can happen there at anytime and it’s truly a special place that deserves a great documentary. I know I’m idiot rambling but seriously check out the pitch, help this badass project get goings, and tell’em YBMW sent ya!

Direct Link to the Kickstarter page 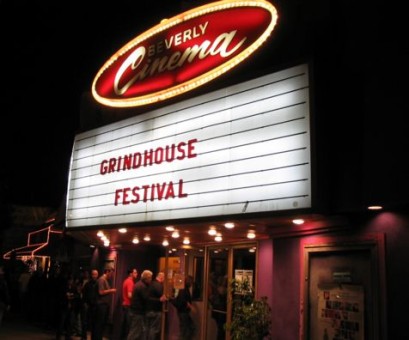 CP Lorusso Likes: Coffee, High-Fives at Awkward Moments,
Sea Beasts, and most things Undead.
He can be reached at CPL[ a t ]YouBentMyWookie.com or on
Twitter @CPLorusso.