‘Sin City: A Dame To Kill For’ Officially Announced

Rodriquez: ” A Dame To Kill For will certainly be worth the wait.”

If you were a fan of the first Sin City then you’ll be happy to hear that the sequel ‘A Dame to Kill For’ has finally been announced. It’s been 7 years since Miller and Rodriguez made the first one.

Here’s what Rodriquez had to say:
“The first question I am always asked is “When will you make another Sin City?,” said Rodriquez. “I have wanted to re-team with Frank Miller and return to the world he created since the day we wrapped the original, but have felt a duty to the fans to wait until we had something truly exceptional that would meet and exceed what have become epic expectations. A Dame To Kill For will certainly be worth the wait.”

Here’s what Frank Miller had to say:
“The first Sin City knocked out audiences who had never seen anything like it before. Robert Rodriguez and I are going to shake things up and deliver a ferocious film experience that is going to go even further than the first.“

Everything from the script to all the details of the film are being kept under wraps for now. They will start the casting process next week so lets keep and eye out for who jumps on the film. I can’t wait to see Tarantino guest direct again.

Now lets hope it doesn’t end up being ‘The Spirit’ all over again, so Frank keep your hands off this film! 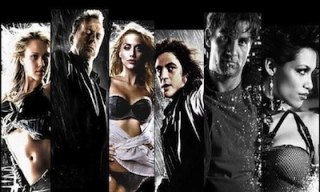