Zack Snyder and Entertainment Weekly just released ten new cast photos, each with a catch phrase or little comment from the film’s director.

Zack Snyder and Entertainment Weekly just released ten new cast photos, each with a catch phrase or little comment from the film’s director. The post apocalyptic action fantasy is set to hit theaters at the end of the month. There’s a good chance that this movie will break some records. Not only does it look ridiculously awesome, but it is probably going to be the most attractive action film ever for female audiences. 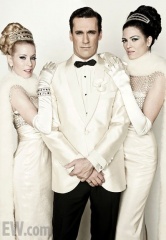 Snyder confirms that there was indeed one more sequence with the actor, excised from the final act in order to secure a PG-13 rating. What happens in the scene? He told us… but it would spoil wayyy too much. But yes, an R-rated director’s-cut DVD is indeed in the works. 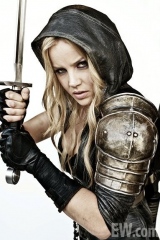 CATCHPHRASE: ”I’m here to keep you from getting killed.” 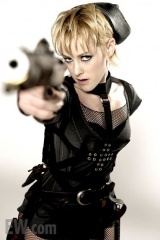 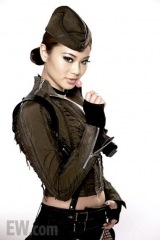 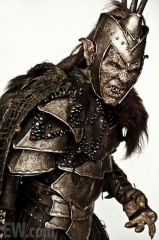 From Snyder: “Originally, there were just going to be 30 regular samurai guys. But then I thought: ‘What if they were 10 feet tall, just to accentuate the height difference with Emily? And what if one of them had a machine gun? And what if every shell casing was engraved with awesomely ornate Japanese symbols that you can barely see, but are totally there if you squint? And what if…’ It got more crazy-insane from there — and cooler, too.” 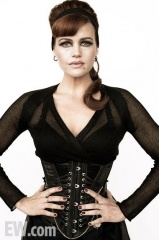 “I’m interested in the theme of freedom — from guilt, pain, control. The fact that the movie is set in a prison — well, you’re halfway there in terms of bringing that theme to life.” 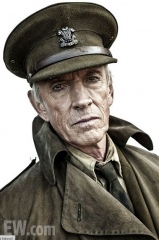 CATCHPHRASE: “Don’t ever write a check with your mouth that you can’t cash with your ass.” 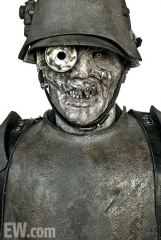 From Snyder:“I had to find a way to kill these German soldiers without them being alive. I thought: What if they were, like, mechanized, and when you hit them, steam came out of them instead of blood? It’s like the stormtroopers in Star Wars. There were people in those costumes, and they got mowed down left and right in those movies! I guess anonymity is the trick.” 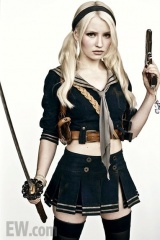 From Snyder: “The look of Babydoll was designed to be ”the personification of innocence and vulnerability.The women in the movie take control of the sexual trappings foisted upon them, even turn [that iconography] into their own weapons. The challenge was to confront the concept of exploitation of women without creating exploitative imagery. My approach was to shoot the action the way I’d shoot any kind of action in any film, whether the subject was male or female.” 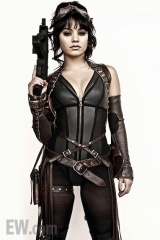