The end of the month can’t come soon enough!

The second half of Season 7 of Doctor Who is set to begin airing on March 30th. The end of the month can’t come soon enough! Today, we’ve got 17 new images from the show. Check them out below along with a press release about everything that is coming up! 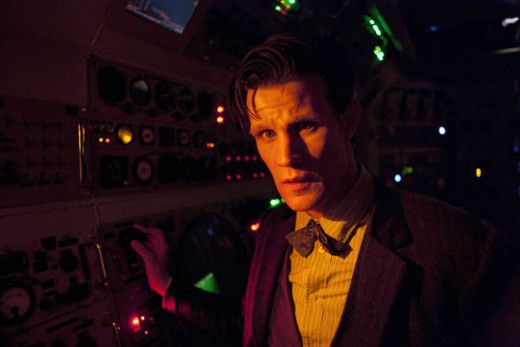 Following a record-breaking year, fan favorite Doctor Who returns with a modern day urban thriller, The Bells of St. John, written by lead writer and executive producer Steven Moffat (Sherlock). Set in London against the backdrop of new and old iconic landmarks – The Shard and Westminster Bridge – The Bells of St. Johnintroduces a new nemesis, the Spoonheads, who battle the Doctor as he discovers something sinister is lurking in the Wi-Fi. The premiere will be followed by seven epic episodes written by Steven Moffat, acclaimed writer Neil Gaiman (Coraline, Beowulf), Mark Gatiss (Sherlock), Neil Cross (Luther) and Stephen Thompson (Sherlock).

The Doctor (Matt Smith) is joined by his new companion Clara (Jenna-Louise Coleman) for the latest set of incredible adventures through space and time. The duo finds new adversaries and familiar friends around every corner as they journey from the bottom of the ocean in a submarine to the center of the TARDIS and beyond. The Cybermen make a thunderous return and the Ice Warrior arrives in an unexpected place.

Steven Moffat, executive producer and lead writer, said,“It’s the 50th year of Doctor Who and look what’s going on! We’re up in the sky and under the sea! We’re running round the rings of an alien world and then a haunted house. There’s new Cybermen, new Ice Warriors and a never before attempted journey to the centre of the TARDIS. And in the finale, the Doctor’s greatest secret will at last be revealed! If this wasn’t already our most exciting year it would be anyway!”