40 New Images From The Hunger Games

There’s a whole lot going on for The Hunger Games today. Not only was there a massive image dump of 40 new images from the film which stars Jennifer Lawrence, Woody Harrelson, Liam Hemsworth, Elizabeth Banks, and Donald Sutherland.

The other news news is that they just announced that there will be advanced screenings in 24 cities around the country. Here are the details:

Fans can show their support for #HungerGames24 by visiting Screenings.TheHungerGamesMovie.com and tweeting a unique hashtag assigned to their closest city to unlock Advance Screening locations. Starting tomorrow, March 1, the top four cities with the most Twitter volume will be announced each day and fans will then be able to enter to win tickets to those locations. 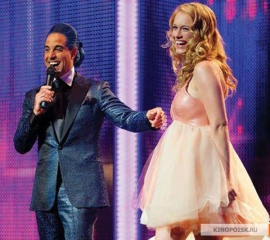