Additional Scene Added To the End of ‘The Avengers’

So that’s why the whole cast got together for a film shoot the night of the premier!

A couple of weeks ago we reported that the cast of the Avengers gathered up to film a scene after the world premier of the film in Los Angeles. Now we’ve got news that the scene they shot wasn’t for an upcoming movie, it was for The Avengers! Sure, we already had a leak about a scene in the middle of the credits, but now we are hearing that this scene is at the end of the credits!

We don’t know what the scene is and honestly, we would like to be surprised when we see it in theaters. 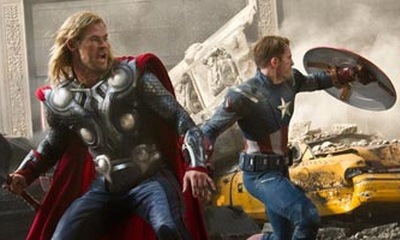