Get the details on which 11 cities are in for a big surprise for Friday at noon after the jump!

The next step in the Amazing Spider-Man viral campaign has been revealed in the form of the launch of the Official Corporate Website for Oscorp. As of right now, the site just features the company logo, but according to details that have been revealed in the game, there will be a big event happening this Friday at 12:00 PM.

We don’t know exactly what will be going down, but we can guess it will be a scavenger hunt of sorts that will happen in 11 cities.

The in game Twitter account @scaleseeker gives this tip: “In case you missed the hint, I’ll be using the handy hashtag #LizardTrail when we get down to business this Friday at noon.”

As for the movie, we know that there’s a 4 minute super preview on the way next monday to coincide with the premier of the new season of America’s Got Talent. The full film hits theaters on July 3rd and stars Andrew Garfield, Emma Stone, Rhys Ifans, Denis Leary, Irrfan Khan, Martin Sheen and Sally Field. 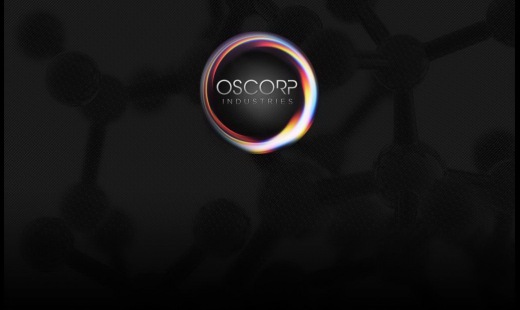 The Amazing Spider-Man is the story of Peter Parker (Garfield), an outcast high schooler who was abandoned by his parents as a boy, leaving him to be raised by his Uncle Ben (Sheen) and Aunt May (Field). Like most teenagers, Peter is trying to figure out who he is and how he got to be the person he is today. Peter is also finding his way with his first high school crush, Gwen Stacy (Stone), and together, they struggle with love, commitment, and secrets. As Peter discovers a mysterious briefcase that belonged to his father, he begins a quest to understand his parents’ disappearance – leading him directly to Oscorp and the lab of Dr Curt Connors (Ifans), his father’s former partner. As Spider-Man is set on a collision course with Connors’ alter-ego, The Lizard, Peter will make life-altering choices to use his powers and shape his destiny to become a hero.