Andrew Garfield has been officially cast as the new Spider-Man/Peter Parker in Sony’s upcoming 3D reboot, expected to drop on July 3, 2012. 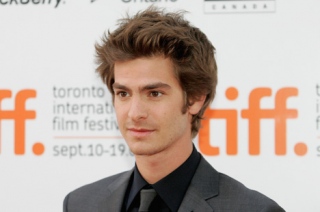 Andrew Garfield has officially been cast as the new Spider-Man/Peter Parker in Sony’s upcoming 3D reboot, expected to drop July 3, 2012.

The press released by Sony today officially confirms this news. Directed by Marc Webb from a screenplay by James Vanderbilt, the new “Spider-Man” reboot is set to begin production in early December.

Garfield (The Imaginarium of Doctor Parnassus) is one of a few names that have underachieved in the month long speculation of potential Spideys that previously include Josh Hutcherson, Aaron Johnson (Kick-Ass), Jamie Bell (Jumper), Anton Yelchin (Star Trek), Alden Ehrenreich (Tetro) and Logan Lerman (Percy Jackson).

According to Webb, his decision on Garfield rests upon his “rare combination of intelligence, wit, and humanity. Mark my words, you will love Andrew Garfield as Peter Parker.”

Producer Avi Arad added, “I’m incredibly excited about Andrew Garfield. In the Spider-Man tradition, we were looking for a smart, sensitive, and cool new Peter Parker who can inspire us and make us laugh, cry, and cheer. We believe we have found the perfect choice to take on this role and lead us into the future.”

Garfield is truly an unknown actor, but it doesn’t appear it’ll stay that way next year. Garfield will appear in David Fincer’s upcoming “The Social Network” as well as star opposite Keira Knightley and Carey Mulligan in mark Romanek’s “Never Let Me Go,” set for release in the fall this year.