Just a couple new days until the new full trailer is released!

I have liked just about everything that I’ve seen for The LEGO Movie, other than the bad guy. With all the imagination that goes into Lego’s, it seems like a waste to add a level of preachiness to the film by making the bad guy named President Business. They could have kept the storyline of the chosen one having to stop the world from being glued together without leaning on such a played out and stilted plot device.

I’m hoping that when we see the new trailer in a couple of days, it doesn’t lean too heavy on it to carry the story forward.

The original 3D computer animated story follows Emmet, an ordinary, rules-following, perfectly average LEGO minifigure who is mistakenly identified as the most extraordinary person and the key to saving the world. He is drafted into a fellowship of strangers on an epic quest to stop an evil tyrant, a journey for which Emmet is hopelessly and hilariously underprepared. 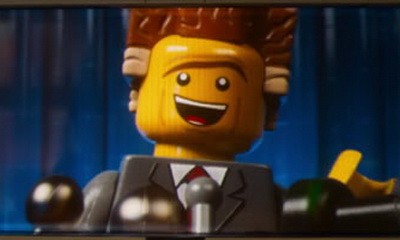