As much as I’d love this to be an early April Fool’s joke… I think it is actually real.

As much as I’d love this to be an early April Fool’s joke… I think it is actually real.

When Twins came out in 1988, it was hilarious. Granted, I was 11 at the time, but I remember loving it. Now, in a world with no imagination and a lust for easy to promote content based off existing brands that already have some name value, they are talking about making a sequel.

With the amount of time that has passed, they could actually make the sequel about the grown up twins that each twin had… but that would be too easy and not gimmicky enough. Instead they figured on adding on a third sibling… making the movie “Triplets”.

Now, if a tall muscly guy and a short fat dude are funny.. what happens if the other twin that you throw in is a street wise (I’m just guessing about that part) black guy? And who better to fill that role than Eddie Murphy?

I don’t have a very good feeling about this… 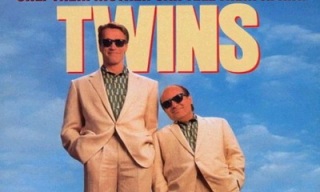