Am I the only one who wishes Bumblebee was still a VW Bug?

Am I the only one who wishes Bumblebee was still a VW Bug? Well, it doesn’t matter what I want. All that matters is who gives Hasbro the biggest chunk of money to slide their cars into the film.

Transformers 4 is already filming in Monument Valley on the border of Arizona and Utah, and the marketing has begun, even though the film won’t hit theaters until next year.

Today’s reveal from the set is Bumblebee. This time around, he’ll be taking the shape of an extremely modified 1967 Camaro. 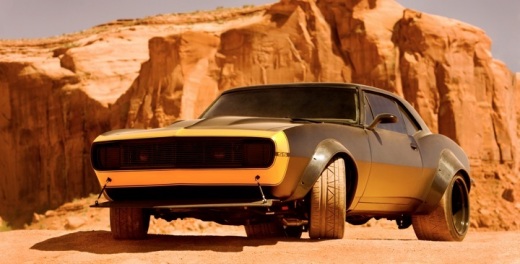