We’ve seen costume concept designs for both Cap and Thor. Now we get our first look at their official logos, courtesy of this week’s Licensing Expo.

We’ve seen costume concept designs for both Captain America and Thor in their respective upcoming movies, and now we get our first look at their official logos, courtesy of this week’s Licensing Expo in Las Vegas.

ComicBookMovie.com, has posted photos from the show floor of two posters advertising the Marvel movies for potential licensing deals. Due to the nature of their reveal, it’s all but safe to conclude that these are legitimate.

My initial opinion is that they both look good, but they kind of give off an 80s vibe with all the silver. I would have probably liked they better if they had color. Such as yellow for Thor and maybe some darker blue for Captain America. Compared to the recently revealed “Green Lantern” poster, they are a bit underwhelming.

It’s also worth mentioning that there’s a small “Avengers Assemble” logo near the bottom of each poster. 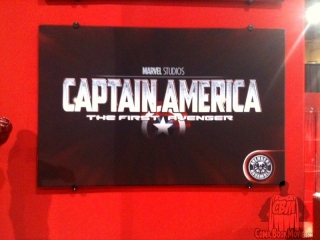 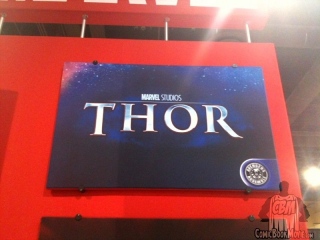