Check out Joss Whedon’s Commentary On An Avengers Clip

“To Be headbutting a guy with a helmet on, that’s badass!”

Last week, we got a chance to check out a great clip from The Avengers that pitted Thor and Iron Man against each other in a no holds barred brawl. Now (thanks to Yahoo Movies) get to to hear exactly what Joss Whedon was thinking when he put the scene together.

Keep checking back for more Avengers coverage and then don’t forget to check it out when it hits theaters in just a few days! 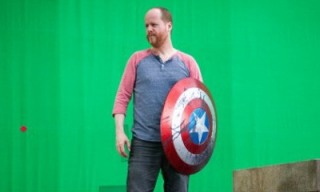