When apes learn to ride horses, you are pretty well screwed.

When apes learn to ride horses, you are pretty well screwed. At least that’s the sense you get from the extremely ominous new TV spot for Dawn of the Planet of the Apes that aired during last night’s season finale of The Walking Dead. 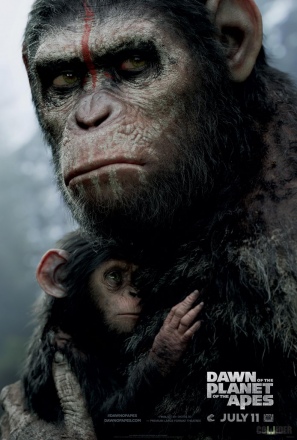 Official Synopsis:
A growing nation of genetically evolved apes led by Caesar is threatened by a band of human survivors of the devastating virus unleashed a decade earlier. They reach a fragile peace, but it proves short-lived, as both sides are brought to the brink of a war that will determine who will emerge as Earth’s dominant species.