THR is reporting that all is not well with the editing on Darren Aronofsky’s Noah. According to reports, the director of such films as Requiem for a Dream, Pi, The Wrestler, and Black Swan, is at odds with Paramount over the final cut of the biblical adaptation.

with a price tag north of $125 million, this is Aronofsky’s biggest budget film. It’s got a great cast that includes Russell Crowe, Ray Winstone, and Jennifer Connelly, Emma Watson. However, when Paramount tested the movie to targeted audiences (a largely Jewish audience in New York, a largely Christian audience in Arizona, and a general audience in Orange County), the results have been what many at Paramount have been calling “troubling”.

With a lot riding on the film, Paramount has asked him to adjust the movie so that it appeals to a wider audience. So far, he’s been unresponsive to the requests.

Hope isn’t lost. It may be that the mostly religious audiences are reacting poorly to specific liberties that Aronofsky has taken with the story, like the inclusion of 11-foot-tall fallen angels called Watchers.

With all that money riding on it, chances are that they will get together and find a happy place between high art and high commerce. We’ll all see the final result when Noah is released on March 28, 2014. 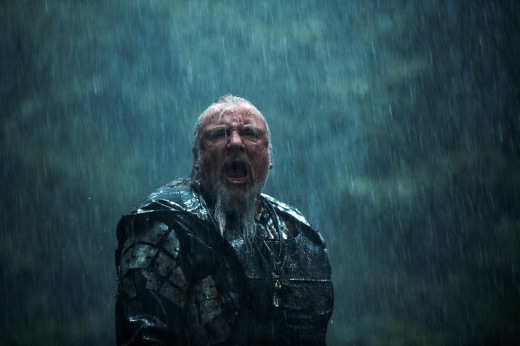