Get Lucky was the song of the summer, let’s see if Daft Punk’s newest video, Lose Yourself To Dance will take the crown for the fall.

Get Lucky was the song of the summer, let’s see if Daft Punk’s newest video, Lose Yourself To Dance will take the crown for the fall.

The new video has reached over 1.6 million people in the first 24 hours of its release. It’s pretty good. Is it as good as Get Lucky? Eh… It it as good as some of Daft Punk’s earlier work? No.

The thing that throws me so much about the new Daft Punk music is that people think it is a great new sound. It really isn’t. For the readers out there that are two young to have grown up with things like dial-up modems and ecto cooler, this is disco. It’s good disco (if that is actually a thing), but disco none the less.

The backbone behind the sound is Nile Rodgers. He’s been on the music scene since the early seventies and was a big part of the disco scene with groups like Chic and Sister Sledge.

Pherrel might be one of the driving sounds of the new Daft Punk album, but it is Rodger’s guitar playing that is the backbone.

Check out the new video here:

Now, just for fun, check out the video for “Get Lucky” and then World’s Greatest Dancer by Sister sledge, both featuring Rodgers. See how something old is new again. 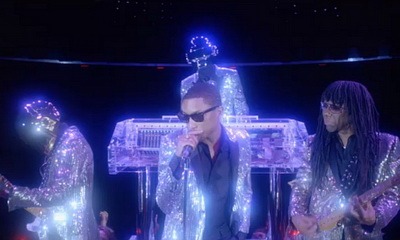