Things I didn’t expect to learn when I got up this morning: Batman is circumcised. – NSFW post

Things I didn’t expect to learn when I got up this morning: Batman is circumcised. Thanks to the folks at DC, this is something I know… and will never unsee. In the same way that the DC Streaming Universe is trying to make its mark with lines like ‘F#$ Batman!’, their new Black Label comics are going the extra mile to show off that they mean it when they say their books are for mature readers.

Nowhere is this more evident than in Brian Azzarello’s Batman: Damned. The line of books gives artists and writers a chance to push the boundaries of topics and risque situations that they don’t get in standard comics (Unless you’ve picked up an issue of Erik Larsen’s Savage Dragon in the last couple of years).

In the first issue of Batman: Damned, they’ve gone one step further than anyone expected by showing Bruce Wayne in all of his full-frontal glory. In general, we don’t have a problem with this. What we have a problem with is that DC is too weak to make a move like this and then own it. The soon to be infamously named “Batdick” comic will only be fully available in its first run. Subsequent printings and digital copies will all be censored.

What this tells us that nudity, at least to the editors over at DC, is a great publicity gimmick, but not something they are comfortable with having around all the time. Now, all things aside, the book itself sounds pretty cool. In the story, Batman and John Constantine have to team up to solve the murder of The Joker.

Scroll down if you’d like to see the aforementioned Bat-Penis. 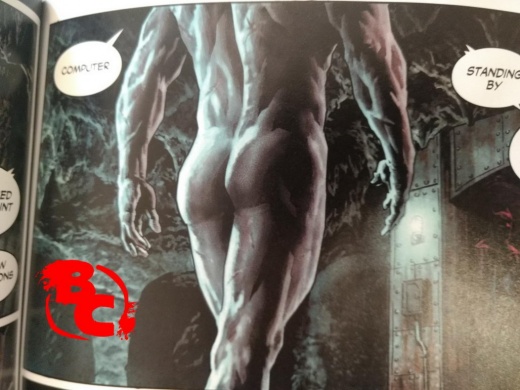 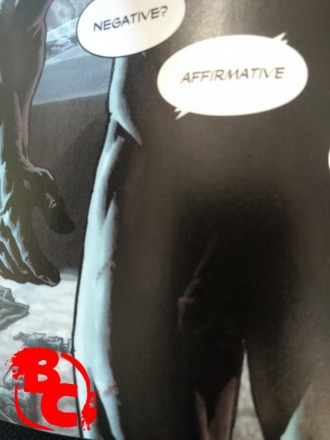