Did Marc Webb Just Tease That Venom Will Be in AMAZING SPIDER-MAN 2?

The good news for them is that the bar was set so low by the last film venom, that they can’t really do any worse.

This week, filming began on Amazing Spider-Man 2. We know that Jamie Foxx is going to be playing Electro and that Paul Giamatti is rumored to be playing the Rhino.

Today, Latino Review has picked up on what might be a very interesting clue about the role of Dane Dehaan. He is cast as Harry Osborne, but it looks like there might be a little something more to his job in the story.

To celebrate his birthday, Marc Webb tweeted him well-wishes and then attached an image of a small metal locker marked #14.

In the Ultimate Spider-Man comics, that is where the Venom Symbiote is discovered. Does this mean that Venom will be a bad guy in the sequel? We don’t know. It could just be set up for another sequel down the road or even the groundwork for the possibility of a Venom film.

The good news for them is that the bar was set so low by the last film venom, that they can’t really do any worse. 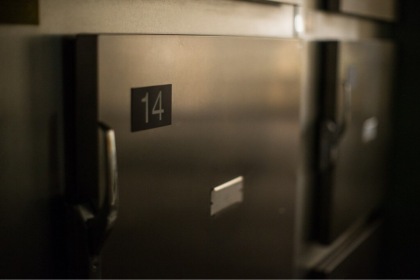