The film opens December 17th and it will blow you away… maybe not so much with this poster. 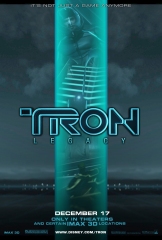