Doctor Who Names Jodie Whittaker As the 13th Doctor

Doctor Who fans know that when a Doctor Regenerates, you never quite no what to expect. In fact, fans have already seen the Master regenerate as a woman, so why not The Doctor? When Peter Capaldi takes his curtain call in this year’s Doctor Who Christmas Special, that’s exactly what is going to happen. When she regenerates, the role will be taken over by Broadchurch star, Jody Whittaker. Along for the ride will be another Broadchurch alum… not not David Tennant or Arthur Darvil, but the show’s creator, Chris Chibnall, will be taking over as the new showrunner.

On the new gig, Whittaker said: “I’m beyond excited to begin this epic journey – with Chris and with every Whovian on this planet. It’s more than an honour to play the Doctor. It means remembering everyone I used to be, while stepping forward to embrace everything the Doctor stands for: hope. I can’t wait.

It feels completely overwhelming, as a feminist, as a woman, as an actor, as a human, as someone who wants to continually push themselves and challenge themselves, and not be boxed in by what you’re told you can and can’t be.”

Jodi also had something to say to fans who may be scared or uneasy about seeing a female Doctor
“Because this is a really exciting time, and Doctor Who represents everything that’s exciting about change. The fans have lived through so many changes, and this is only a new, different one, not a fearful one.”

Check out the video announcement that the BBC just released in the last hour: 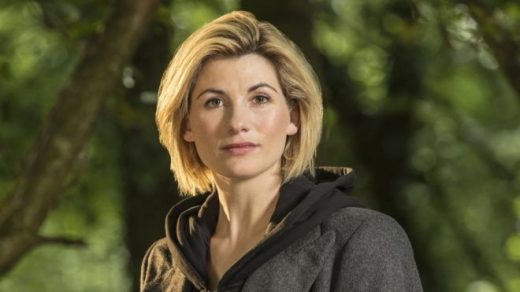