The British sci-fi drama drew in 1.3 million viewers on Saturday as surpassed last season’s “Doctor Who” debut in April.

The premiere of the much anticipated sixth season of “Doctor Who” broken ratings records for BBC America over the weekend last week.

The British sci-fi drama drew in 1.3 million viewers on Saturday as surpassed last season’s “Doctor Who” debut in April.

In the two-part episode, entitled ‘The Impossible Astronaut’, Matt Smith and Karen Gillen are joined by guest stars Stuart Milligan and Mark Sheppard. The episode was, for the first time, partly filmed on American soil and featured a new alien race known as the Silence.

“I think they’re very scary,” says Smith. “With anything in ‘Doctor Who’ it tends to be the sum of its parts, on this one I think the idea behind them is particularly clever and they’re realized very well, so physically they’re brilliant.”

“Hats off to all the design team and the production team for making it happen.”

Relatively, ‘The Impossible Astronaut’ did not fare as well when it premiered in the UK on Saturday, as 6.5m tuned in on BBC One, down 1.2m on the launch of series five of the show. 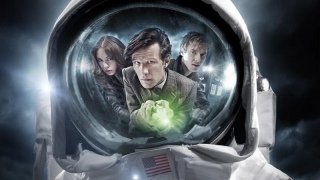