Doctor Who To Get Festival Premier in August

It has been a hard several months without any big blue boxes, TARDISes and Amy Ponds, but now we know that the wait is getting closer and closer to an end.

It was just announced that the new series of Doctor Who will premier in August between the 23rd and 25th during the Media Guardian Edinburgh International Television Festival. After that it is just a short wait before it shows up on the both BBC and BBCA.

As far as what the first new tale of Timey Wimeyness will be, Bleeding Cool is reporting that:

The Doctor will be back with Daleks in “every size, shape and colour.” With all the different types of Daleks uniting to exterminate all humans, not just Doctor Who, it’s going to be another big challenge for the Tardis traveler. 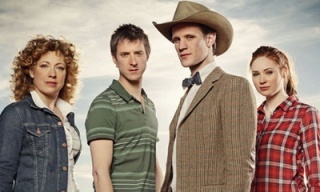