Who will Cyborg tell to ‘F’ themselves in the first trailer?

Along with The ‘F Batman’ Titans series, the animated Harley Quinn series, the return of Young Justice, and a Swamp Thing series, Doom Patrol is one of the many DC properties that is being developed for the upcoming DC streaming network. Today, development of the show took a big step forward with the casting of Jovian Wade (Doctor Who) as Cyborg. Cyborg was most recently played in the Justice League film by Ray Fisher to mixed reviews. 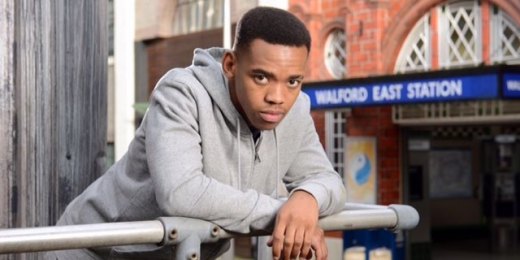 DOOM PATROL is a re-imagining of one of DC’s most beloved group of outcast Super Heroes: Robotman, Negative Man, Elasti-Girl and Crazy Jane, led by modern-day mad scientist Dr. Niles Caulder (The Chief). The Doom Patrol’s members each suffered horrible accidents that gave them superhuman abilities — but also left them scarred and disfigured. Traumatized and downtrodden, the team found purpose through The Chief, who brought them together to investigate the weirdest phenomena in existence — and to protect Earth from what they find. Part support group, part Super Hero team, the Doom Patrol is a band of super-powered freaks who fight for a world that wants nothing to do with them. Picking up after the events of TITANS, DOOM PATROL will find these reluctant heroes in a place they never expected to be, called to action by none other than Cyborg, who comes to them with a mission hard to refuse, but with a warning that is hard to ignore: their lives will never, ever be the same.