get fourteen more looks at the gritty tone of one of the most true to the comics film adaptations ever done.

For years, comic book fans have been waiting for redemption from the Sylvester Stallone and Rob Schneider Judge Dredd movie. It is coming on September 21st and it is packing a ton of bloody violence. Comic book fans will love it. Time will only tell if the general movie masses feel the same. Regardless, we’ve got some great new pics from the film for you today featuring Karl Urban,
Olivia Thirlby, and, Lena Headey… along with more grit than I got in my shorts last time I went to the beach… I’m saying this movie is gonna be super gritty. 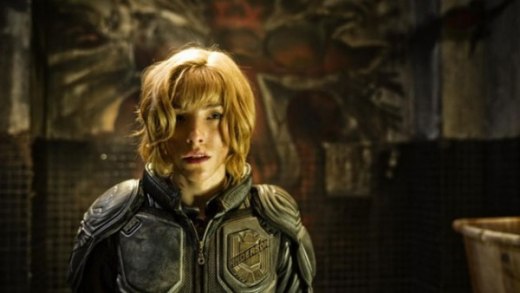 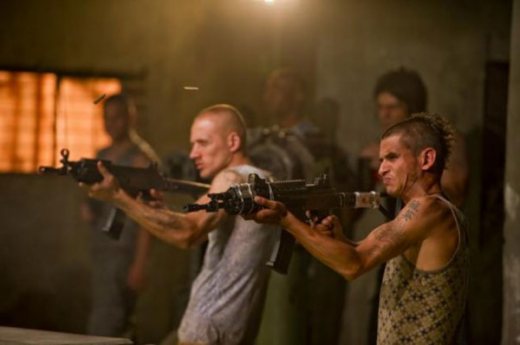 The future America is an irradiated waste land. On its East Coast, running from Boston to Washington DC, lies Mega City One–a vast, violent metropolis where criminals rule the chaotic streets. The only force of order lies with the urban cops called “Judges” who possess the combined powers of judge, jury and instant executioner. Known and feared throughout the city, Dredd (Karl Urban) is the ultimate Judge, challenged with ridding the city of its latest scourge–a dangerous drug epidemic that has users of “Slo-Mo” experiencing reality at a fraction of its normal speed.