After being pulled back for rewrites and reshoots, the first trailer for World War Z is coming out on Thursday. Check out some advanced Footage and the teaser trailer after the jump.

With the amount of hassle that Paramount had making World War Z, it is surprising that they didn’t just can the project. Hell, they probably would have if it wasn’t a Brad Pitt Zombie Movie.

Now, after several rewrites and reshoots, the film is finally ready for marketing and set to release the trailer on this Thursday. To tease the trailer Entertainment Tonight got a first look at the footage. We’ve got that for you below. We’ve also got the first teaser trailer for the film to help whet your appetite.

Official Synopsis:
The story revolves around United Nations employee Gerry Lane (Pitt), who traverses the world in a race against time to stop the Zombie pandemic that is toppling armies and governments and threatening to decimate humanity itself. Enos plays Gerry’s wife Karen Lane; Kertesz is his comrade in arms, Segen. 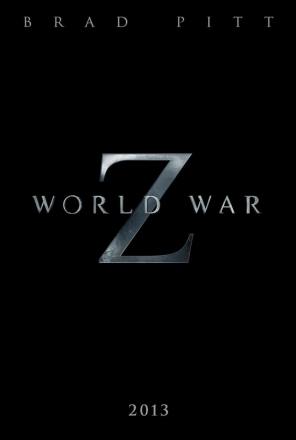