We’ve already mentioned the upcoming Disney TV movie, Descendants, that is set to hit TV sometime in 2015. The film focuses on the the famous Disney villains including: Christen Chenoweth as Maleficent, Kathy Najimy as the Evil Queen, as well as Jafar, Cruella Deville, and the Evil Queen… and their teenage children.

Check out the first image of the teens that will most likely become Disney’s next big sensation: 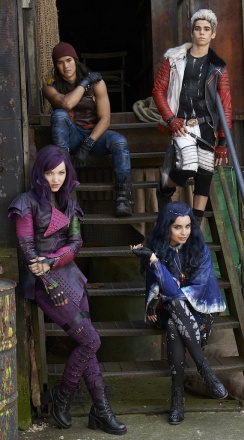